Export results to Tableau or Excel from Stata

This post is part of an updated version of the chapters of the third part of the handbook Poverty and inequality measures in pracitce (2014) internally avaialable at the World Bank intranet.

Even though you might be able to do most of your work in Stata, it is sometimes faster and easier to plot some charts in Tableau of Excel. In contrast to other programs like R, Stata does not have an Integrated Development Environment (IDE) like Rstudio or a big community to create amazing packages like shinyR, diagramR, or ggplot2 that may suffice for any kind of graphic representation of results.

Thus, the objective of this post is to show you how to arrange your data in order to have it ready to be imported by Tableau or Excel and then make your pivot charts of dashboards for graphical representation of your data. If you apply these techniques correctly, you won’t have to change anything on the file that you export.

Before you learn the “how-to” of exporting results, you need to understand the “what” of data formatting. That is, before you start programing, you need to think about the final output. In the following sections, we will see two basic “how” methods to store your information, but let’s focus for now on the “what” for now.

First, even though it is obvious, you need to know what you want to calculate in order to plan your process. It is not only recommended that you have a plan before you start programing, it is a necessary step each time you need to plot something. Let’s look at the following example. You want to calculate the trends of poverty headcount over three years (2001, 2005, and 2010), for two different countries (Paraguay and Panama), using two poverty lines (2.5 USD and 4 USDa day, 2005 PPP). How should you organize your results? You could organize your data in wide form so that your data would look something like this:

Alternative, you can organize your data in the long way, which would look like this:

As you can see, both tables have the same information but the data are arranged differently. The first table, in wide form, is not useful to work with in Tableau or Excel for two reasons. First, you do not want a variable called “p_25_2005” because only you know what that means. Second, Tableau or Excel would not know how many levels your data has, so you cannot construct a hierarchy. That is, in the table above, the only level that is clear is country level. The poverty line and the year levels are not formatted in a way that Tableau or Excel can understand. Given the limitation of naming variables in Stata, it is also important to remember that the more levels your data have, the more confusing the names of your variables will be.

In contrast, with long-form formatting your data will be organized and easy to manage. Long formatting refers to allocating all qualitative information in independent variables and creating as few quantitative variables as possible. Wickham (2014) call this type of data Tidy Data, which have a specific structure: each variable is a column, each observation is a row, and each type of observational unit is a table.

This way, you will be able to plot your Gini coefficient against both levels of the poverty rate or against only one. > Keep in mind that both Tableau and Excel work with aggregate data, so if you plot the Gini coefficient using this table alone, you might be plotting the sum of both observations by year. That is, instead of plotting 0.54 for Paraguay 2011 you might be plotting 1.094.

Now, let’s see the “how-to” of the long formatting.

The easiest way to think of matrices is to understand which values are calculated through the process and which information must be added in order to distinguish quantitative values from each other. In the example above, the poverty rates are the outputs of the process, and the value of the years or the poverty lines are the inputs. It is important to know that matrices do not store strings, so you cannot store information such as the name of a country in a matrix.1 Finally, you have to understand the use of the matrix function nullmat. This function allows you to incorporate information in a matrix that you have not created yet as well as allowing you to add information to an existing matrix and easily add information to an existing matrix. That is, you do not have to define the size of the matrix before you start filling it up. In fact, you do not even need to have an existing matrix to start populating it.

This is an example of how to use matrices to create tables from the data in the previous section. Even though you do not need this entire code to create and organize your results in matrices, you can follow these suggestions in order to understand the overall thinking behind this program.

It is always better to define local macros with all the required inputs of your calculations. In this case, we define a local macro, `countries', with the ISO code of the countries and another one for the years of analysis, `years'. This is important because in case you want to make the same calculations for a different set of countries or years, you only have to change the content of those local macros. We create a column vector with the years of analysis, Y.

The key of this part of the code is to show you how to treat string identifiers such as the name of the countries. Given that matrices do not store strings, we have to create an artificial identifier for each string. In our example, this identifier will be the local macro `c'. As you see, local macro `c' is defined as zero before the countries loop starts and it increases (local ++c) in one unit each time the loops start over. Therefore, when local macro `c' equals 1 it will represent the string "pry" and when it equals 2 it will represent the string "pan". The value of local macro `c' is then stored in matrix C, which is a column vector with the same number of rows as the years in the analysis. Thus we have (mat C = J(`: word count `years'',1,`c')).

Then, we load all three surveys for the same country at the same time; identify those individuals who are below the 2.5 USD and 4 USD a day poverty lines; and calculate the poverty rates by year. The command tabstat calculates the mean of all the listed variables by default, and the command tabstatmat (Nicholas Cox and Austin Nichols 2011) stores the results in a matrix. Afterwards, we store the information of the country, years, and poverty rates into matrix Poverty. The nullmat function is very important here because it allows you to store information in a matrix that does not exist yet.

In the second part of the code, we create variables from matrix Poverty and assign label values to the country and poverty line variables. Assigning labels to the different categories of a variable might be tedious but is worth doing.

If you do not want to deal with identifiers in your program, you might be willing to exchange the flexibility of the matrix method for the ease of the postfile method. You will notice that even though the results are the same, programing with postfile requires less lines of code. However, consider that even though you type more lines with the matrix method, your code is faster, more efficient, more flexible, and more adaptable than the postfile method. In this example, the matrix code takes 8’’ to complete whereas the postfile code takes almost 11’’. Postfiles are an excellent tool when you have too many qualitative variables since you do not need to keep track of all the counters or identifiers for the string variables a you do with matrices. Memory, computing resources, and efficiency, however, are highly compromised when you use postfiles. Remember, if you create databases with many string variables, which will make your data heavy to load. You will have to then encode and “destring” each string variable in order to make your data lighter

Now, you are ready to create a three-level loop, one for looping over the names of the countries, another for looping the years of analysis, and one more for the two poverty lines. Finally, allocate the respective information in each column using the command -post- and close the file after the loops by typing, postclose `f'.

The best way to export results is by exporting your tables in an Excel file and assigning an independent spreadsheet for your data only. You can do anything you want with your data once it is in the Excel file, but do NOT use the spreadsheet were your exported data for anything other than hosting your data. If you are working in Excel, create your graphs and tables in a different sheet and link them to your exported data. This way, if you need to make any changes to your code, you will be able to export your results again from Stata and just update the data sheet instead of deleting your graphs and tables.

There are several Stata commands to export results in Excel but we recommend the export excel functionality added by Stata in version 12 . You can export your data with the following line:

The option sheet allows you to declare the name of the spreadsheet, which in this case is "raw" The option sheetreplace ensures that, in case you need to rerun your code, Stata will change only the spreadsheet with the exported data and will leave the rest of your sheets untouched. Finally, as it was exmplaing the post Naming Variable, label all your variables. If you did, by using the option first(varlabel), you will be able to export the labels of your variables as the name of the variables in the exported file. For instance, you could include the line, label variable line "Poverty line at 2005 Dollars a day" in order to avoid a variable called line, which is an unclear, misleading label, and may anyway have to be changed in the excel file. Furthermore, labeling your variables is very useful when working in Tableau since it automatically uses the name of the variables as the name of the axis in a graph or the title in a table. 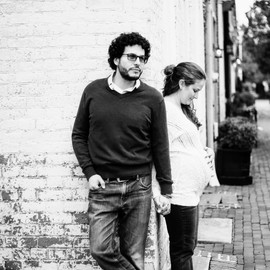 My research interests include … matter.